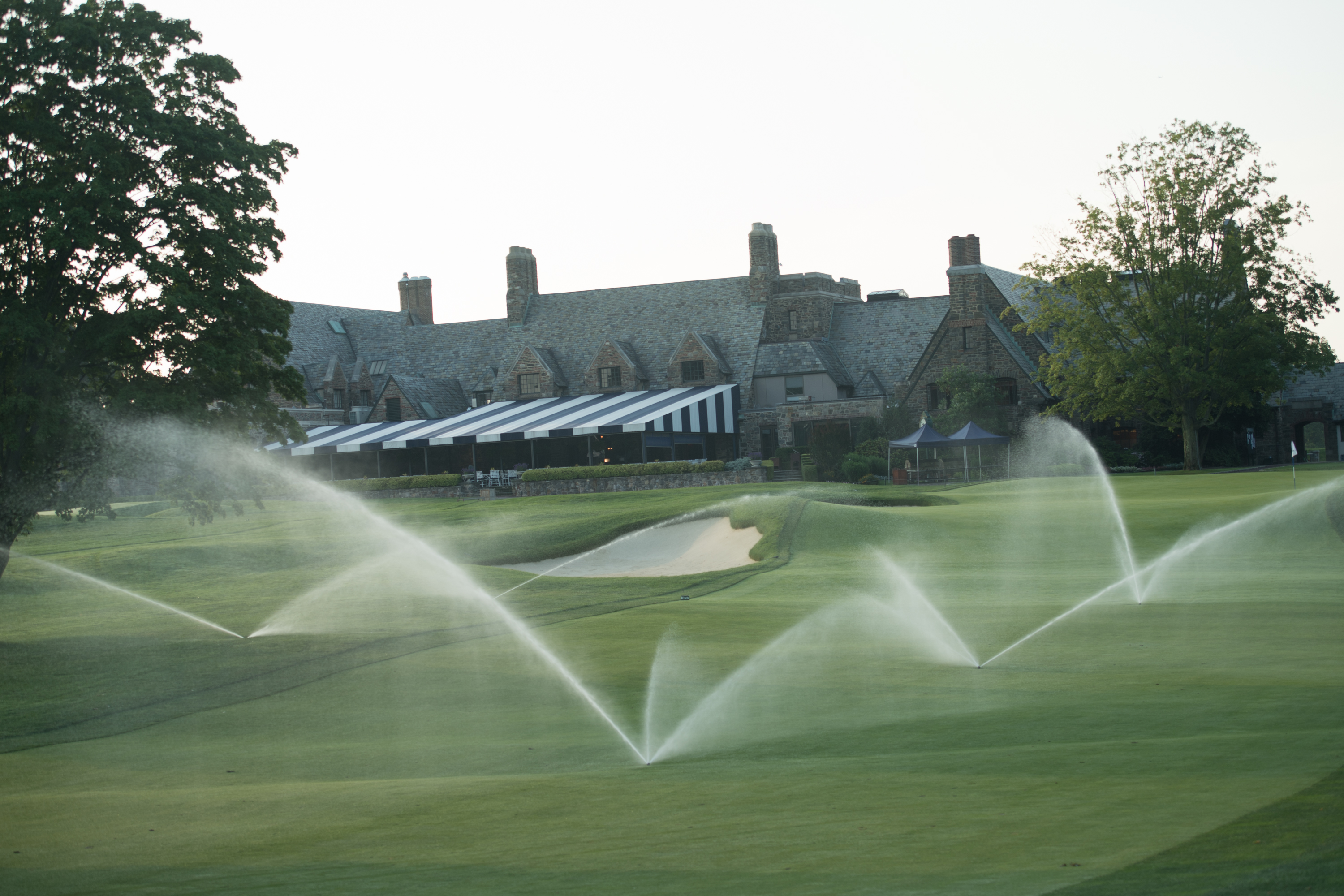 To ensure Winged Foot’s irrigation system was operating as efficiently as possible, Stephen Rabideau, CGCS, Director of Golf Courses, and his crew performed a comprehensive underground leak inspection in early 2016. During this inspection, they ran a single overnight fairway cycle and compared the pump station’s recorded total flow to the Central Control’s estimated total flow. While Rabideau didn’t expect those two numbers to match, he was very surprised to learn they were off by 10%.

Because Rabideau emphasizes water efficiency at Winged Foot, he was determined to know exactly where water was going and how much was being applied. He wanted Winged Foot to lead the way when it comes to water conservation, and that meant accounting for every drop of water being used on the property.

Their next step was to audit the entire irrigation system and accurately record all 5,400 sprinklers and nozzles in the Central Control system. Before tackling this seemingly monumental task, Winged Foot upgraded to the Rain Bird® MI Series™ Mobile Controllers. By using this intuitive mobile control interface on their mobile devices, crew members were able to quickly and easily update the Central Control’s nozzle and sprinkler data on the course in real time. The MI Series also facilitated communication among Winged Foot’s staff. Each individual was able to immediately view changes others had made to the system, eliminating duplicated efforts.

During the audit, the Winged Foot team was pleased to find that most of the system’s 11-year-old Rain Bird sprinklers simply needed routine maintenance rather than replacement. They checked each sprinkler to ensure they were using nozzles with optimal precipitation rates and the correct stator combination for optimal flow. They also installed new Rain Bird 500/550 Series Rotors around the tee complexes to more precisely irrigate these smaller areas in less time.

After completing the audit and all necessary maintenance, Rabideau’s crew then ran the same fairway cycle to once again compare the pump station’s flow meter reading with the Central Control’s estimated flow amount. This time, the numbers were only off by two percent. Determined to achieve 100-percent accuracy, the crew performed another course-wide inspection.

During a rainstorm, they discovered that the irrigation system at Winged Foot’s main entrance was running on standalone controllers without rain sensors, which accounted for the two- percent variance. They immediately added rain sensors and were able to achieve nearly 100-percent irrigation system accuracy throughout the entire property. 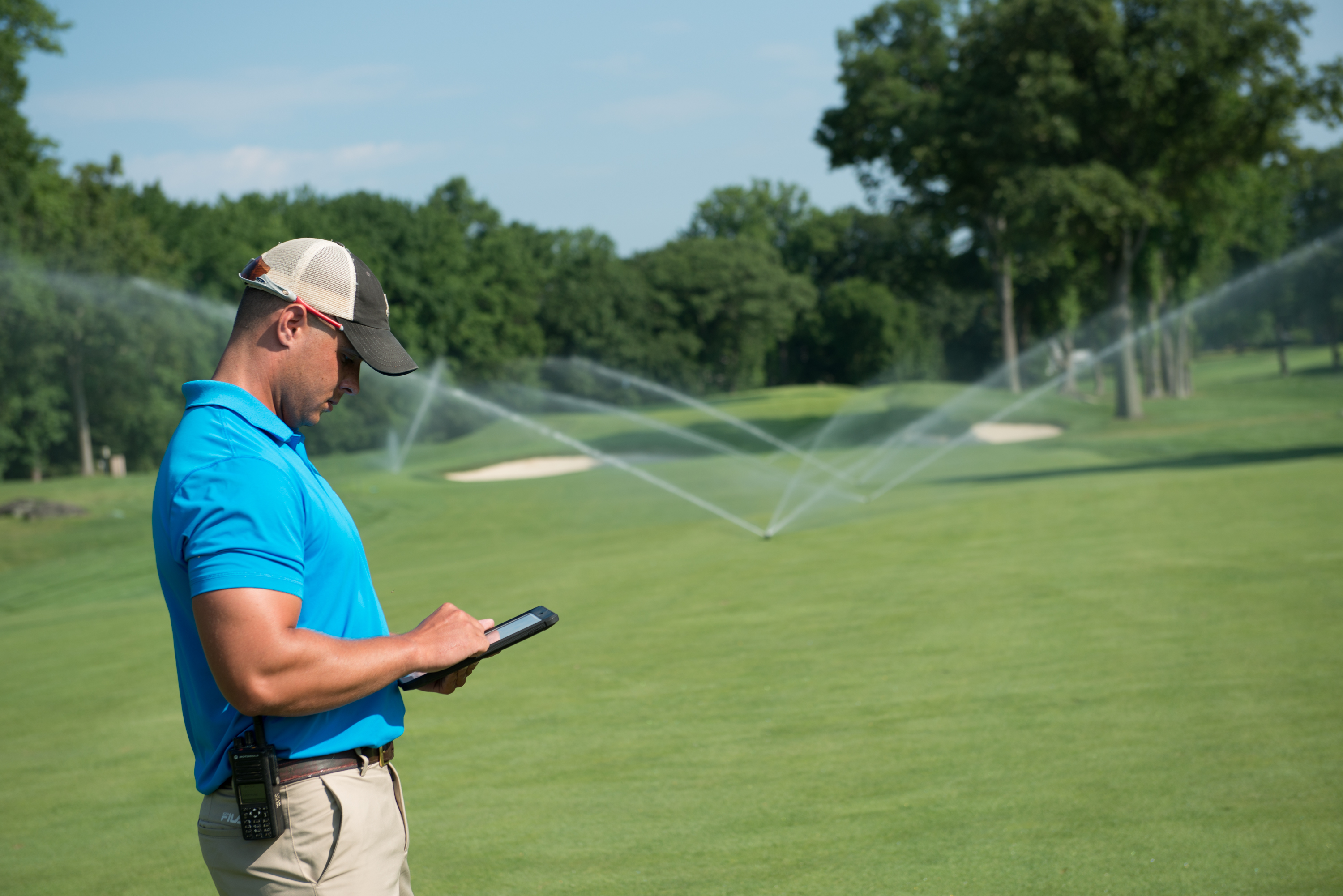 Winged Foot’s updated and fine-tuned irrigation system is now paying off in a big way. The entire crew now uses MI Series Mobile Controllers on their mobile devices every day to manage and update the irrigation system as needed. Crew members can immediately view any changes made to the system, making it far easier to ensure that the system is operating at top efficiency. The MI Series’ invaluable two-way communication along with the combination of efficient nozzles, optimal sprinkler configurations, Rain Watch rain cans, Smart Weather and the easy-to-use Cirrus Central Control have helped Winged Foot irrigate with extreme precision.

In the future, Winged Foot can confidently upgrade its irrigation system whenever time and budgets allow. Thanks to Rain Bird’s Timeless Compatibility™ commitment, any new technology will work seamlessly with those Rain Bird products already installed. Meanwhile, Rabideau and his staff can enjoy invaluable peace of mind knowing that they’re using less water while still providing ideal playing conditions.

“Rain Bird has been a huge help for dialing in our system. They made it a much easier transition during the restoration.”