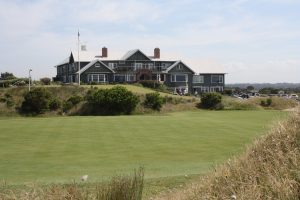 Barwon Heads Golf Club was one of the first hybrid courses in the world to have both decoder and satellite control on the same 18 holes, with the original installation done back in 1996. 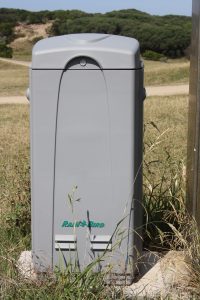 In September 2019, Barwon Heads Golf Club became the first in Australia to install a new Rain Bird Integrated Control Interface Plus (ICI+) and Rain Bird field control systems: Decoders, Satellites and the IC System, all operating off the same PC. They upgraded to the ICI+ to allow continued expansion across the course, additional flexibility and a means to upgrade the site over time rather than undergoing a major renovation.

With the installation of the new system, Adam Lamb, course superintendent, was able to install additional rotors on the existing wire path thus allowing him to overcome the issue of satellites being at maximum capacity. The upgrade has resulted in additional reliability, expandability and confidence in the overall system.

As the course slowly winds down after a busy summer, Adam reflects on the new setup. “The new system has been a game changer; we can set the system to water now and it waters, as it is intended to do, without the uncertainty of control system shutdowns or randomly reduced run times as we were previously experiencing”. 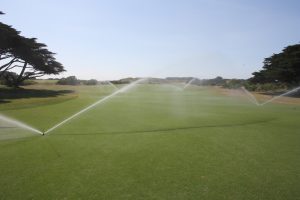 “The diagnostics are great. Straight away, where the new IC is on the 10th, we can check that everything is going to operate. It’s a “ripper”! It specifically identifies if there is a problem and where it is. This saves us a lot of time. We recently had a decoder fail and it took us days to find it, that’s the problem with decoders”.

Adam now has a clear upgrade path for the future, and has future-proofed the course in terms of irrigation control. New rotors can now be installed and satellites can get replaced, all run off the same wire path and through the same software. The Rain Bird ICI Plus – It’s a game changer.