The majestic rise and fall of the Julian Alps gives way to the picturesque tranquility of Royal Bled’s courses, the King’s, the oldest and largest in Slovenia dating back in its original design to 1937, renovated by Donald Harradine in the early Seventies and complemented by the addition of the Lake’s Course two decades ago. Vistas from both take in the iconic precipice-perched Bled Castle. 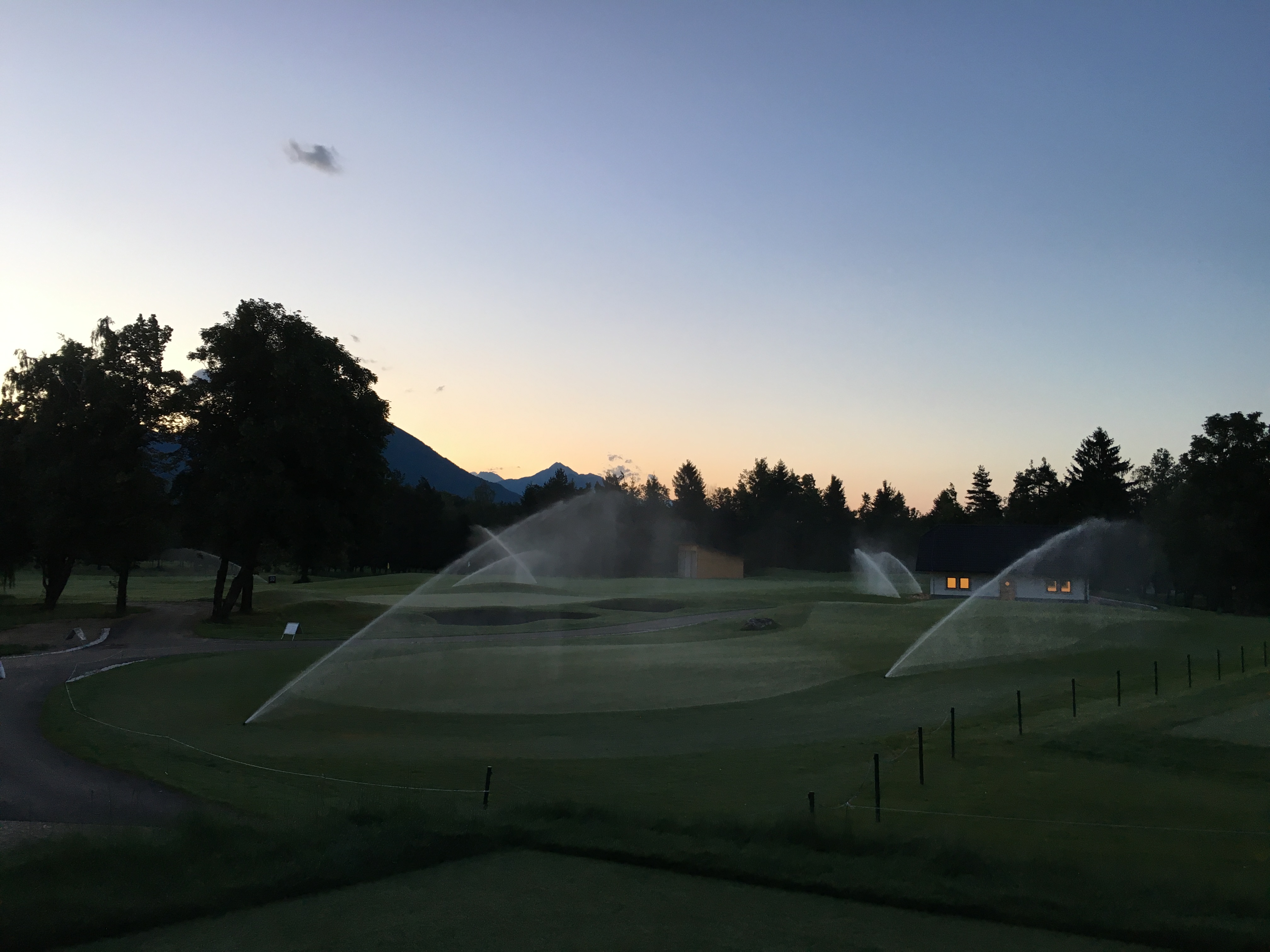 The long planned renovation got underway in 2015 when the Šolak family acquired the club. The redesign resulted in changed layout, extending the course to Championship length – some 6,800+ metres from the tournament flight off the five tees on each hole, redesigned and reconstructed tees and greens, and the addition of ten new lakes to create a dramatic and spectacular design. Fundamental to the comprehensive planning was the management of water for the courses; where it came from, where it was to be stored, how it was to be used and how its quality could be sustained. This was embodied in the system design specification developed in collaboration with Rain Bird Europe and its Authorized Service Partner In-Aqua, based in Zagreb, to provide Royal Bled with one of Europe’s most advanced irrigation systems.

Slovenia is prone to lightning strikes, recorded as often as three or four days of the week, so a Rain Bird IC System™ was specified, eliminating the use of satellites and decoders and providing multi-function real-time response along with powerful diagnostics and end-user control. With so many heads on the course, it enables the Course Superintendent to run a status poll and voltage check of the whole site in three minutes – invaluable for fault detection and rectification after a strike. Having the IC System in the ground during construction also provided an invaluable way of monitoring the site, flagging up if machinery hit cables. Once the system was integral again, contractors could move on to the next hole. This time-saving, problem solving monitoring wouldn’t have been possible with a decoder system.

A Rain Bird Central Control operated via PC at the facility and on a mobile device from anywhere in the world is enhanced with the largest Rain Bird soil sensing system in Europe, with two sensors per green for soil monitoring. Other features include a weather station and a Rain Watch rain gauge all feeding data to the control system in real time.

Owner Gordana Šolak likened the skillfully remastered King’s Course to Sleeping Beauty when it was revealed to the golfing world in 2017. Reawakened after years of neglect, the stunning new jewel in Europe’s golfing crown was opened by HRH Princess Jelisaveta Karadordevic of Serbia and instantly tipped as a future Ryder Cup host while ascending rapidly into Europe’s Top 50.

Read more about this project in the April 2019 issue of Golf Course Architecture and can be viewed by clicking here.