Winged Foot Golf Club, considered one of the world’s greatest golf clubs, will soon be hosting its sixth U.S. Open and 13th USGA championship on its legendary West Course. Designed in 1923 by famed golf architect A.W. Tillinghast, Winged Foot is admired around the world for its commitment to tradition and excellence. Despite facing new challenges related to the COVID-19 pandemic, including a reduction in volunteer staff, Winged Foot remains dedicated to providing elite playing conditions for the Open, and expectations from players and fans alike remain high.

Leading up to the Open, in 2016 Stephen Rabideau, CGCS, Director of Golf Courses, began a historic restoration of the West Course. Aspiring to have Winged Foot lead the way in water conservation meant every drop of water being used on the property needed to be accounted for. 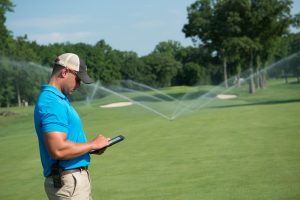 Using Rain Bird’s Mobile Interface, course staff were able to use their mobile devices to quickly and easily audit and update their Central Control system by comparing the nozzle and sprinkler data in the software with what was actually installed out on the course. Making updates right at the sprinkler head, rather than having to go back to the computer, was a huge time saver. It also helped communication between Winged Foot’s staff during the audit. Each user was able to immediately view changes others had made in the Central Control, preventing duplicated efforts. What previously would have been a major project became a simple and quick update.

“[Rain Bird’s Mobile Interface] saves time, which is money…it’s just so much easier. The control from MI is just off the charts.” — Stephen Rabideau

Winged Foot’s fine-tuned irrigation system is paying off in a big way. The entire crew uses their mobile devices every day to manage and update the Central Control. Crew members can immediately see and make changes while out on the course, making it far easier to ensure the system is operating at top efficiency. 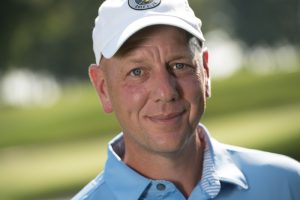 “It’s that public display, that we’re out there every day, that really drives me. We don’t want to put a bad foot forward, there’s no redo button for us. It’s a playing surface that we’re producing and water’s the biggest part of that. Nobody wants to play on something that’s soft, everybody wants green, firm and fast. And there’s a very fine line to that.”

Now Winged Foot can irrigate with less water and pinpoint precision, making it easier to provide the elite playing conditions expected by Golf’s best players – and millions of fans around the world.

“You really learn how little you can put out and still get playing conditions when you don’t have the water. It’s amazing.” — Stephen Rabideau

Watch a video about Winged Foot’s recent renovation on their West Course in preparation for hosting the 2020 US Open.