The lucky recipient of the audit kit draw held by Rain Bird at BTME 2022 in the UK was greenkeeper Scott Downie from Leven Links Golf Course. 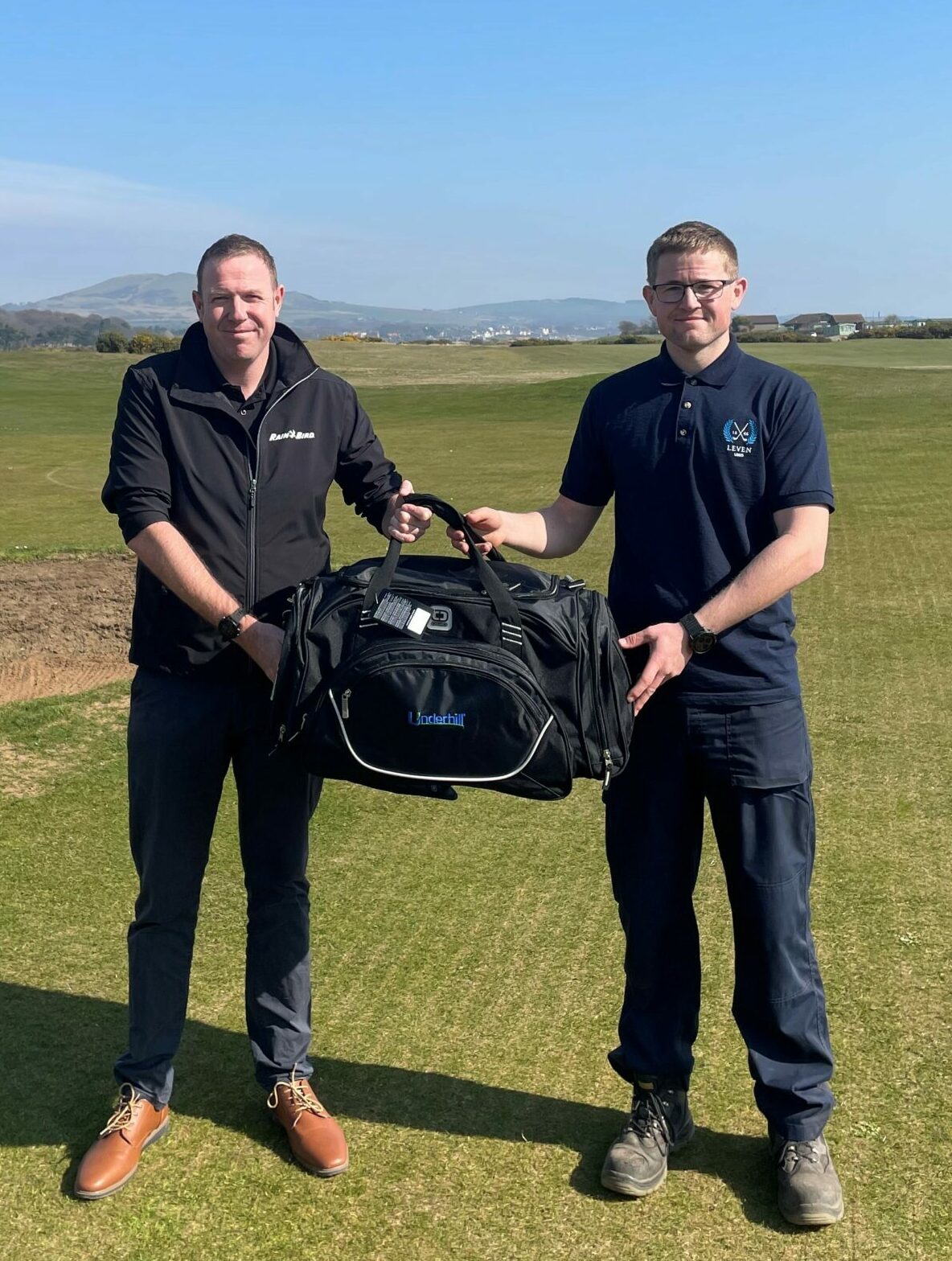 Located in Fife, this is one of the very oldest links courses in Scotland with golf dating back to the mid 1800’s and thought to be the very first course in the world to feature 18 tees and 18 separate greens. A traditional links with rolling fairways, some lined by ancient sand dunes and parallel ridges, fast putting surfaces, burns and pot bunkers, Leven Links has played host to many major championships and competitions including The Lindsay Shield annually in April, an interclub match between Leven, Carnoustie and St Andrews.

Scott attended Rain Bird’s session in the Continue to Learn programme at BTME which was run by Rain Bird’s European Golf Specification Manager Stuart Tate and Golf Sales Specialist for the UK, Ireland & Iceland, Shaun Anderson. The audit kit was presented to Scott Downie after the show by Shaun.

Thrilled to have won, Scott commented,

“I hadn’t been to anything like the BTME Continue to Learn session before so it was really good starting place for me, although I was surprised how much maths was involved. Having the kit now will really set us up for what we want to do over the next couple of years. We’ve just put in a borehole so being able to set up more effective course irrigation, knowing how much water is needed will be key. “